This dressing uses a hot melt process to bond the polyacrylate fibres arranged in a structured manner, parallel to the wound surface, giving UrgoClean Ag its specific absorption and wound residue draining properties, as well as its tensile strength.

The hydro-desloughing pad is coated with a silver-impregnated micro-adherent healing matrix (TLC: Lipido-Colloid Technology). This TLC-Ag matrix provides an antibacterial action and gels easily, aiding drainage of sloughy residue. In addition, it enables easy application and removal of the dressing. 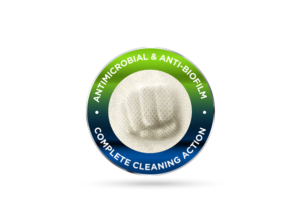 In contact with the wound exudates, the TLC-Ag matrix forms a gel, creating a moist environment that promotes wound healing.

Simultaneously, the hydro-desloughing, polyabsorbent polyacrylate fibres absorb excess exudates, forming a gel. These hydro-desloughing fibres bind to the sloughy residues, absorbing and draining them in order to facilitate their elimination (autolytic debridement).

This binding and drainage of slough by the hydro-desloughing structure of UrgoClean Ag combined with its Silver healing matrix (TLC-Ag) thereby promotes the desloughing phase of sloughy wounds, and aids management of minor bleeding (particularly after mechanical or surgical debridement).

In addition, the Ag+ ions give UrgoClean Ag an antibacterial activity that could help reduce the local bacterial load. The Ag+ ion has broad-spectrum antimicrobial activity, covering Gram-negative and Gram-positive bacteria, as well as some yeasts. It is particularly effective against Staphylococcus aureus, MRSA, Streptococcus pyogenes and Pseudomonas aeruginosa (pyocyanic bacillus) the microorganisms most commonly implicated in infected wounds. The antibacterial activity of the dressing helps reduce odour caused by microorganisms present in the wound. UrgoClean Ag reduces the bacterial population of the biofilm within 24 hours and for 7 days (tested in vitro on S.aureus and P.aeruginosa). 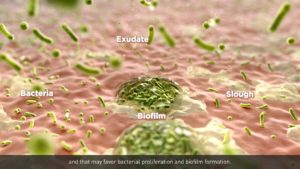 Practicality: removal of the dressing in one piece due to the tensile strength of the hydro-desloughing fibres. The gel formed does not stick to the wound, making it easy to remove the dressing, painlessly or with only minor pain and with little or no damage to healed tissues.

UrgoClean Ag can be cut using sterile scissors to adjust the dressing size to fit the wound if necessary.

UrgoClean Ag should be changed every 1 to 2 days during the wound desloughing phase, then as often as required (up to 7 days) depending on the exudate volume and the clinical condition of the wound. The maximum treatment duration with UrgoClean Ag is 1 month. 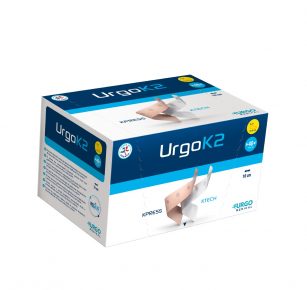 Sign-in Log-in
We use cookies on our website to give you the most relevant experience by remembering your preferences and repeat visits. By clicking “Accept All”, you consent to the use of ALL the cookies. However, you may visit "Cookie Settings" to provide a controlled consent.
Cookie SettingsAccept All
Manage consent
Ce site utilise des cookies. Un cookie est un petit fichier qui est déposé sur votre ordinateur, mobile ou tablette lorsque vous vous rendez sur un site internet.